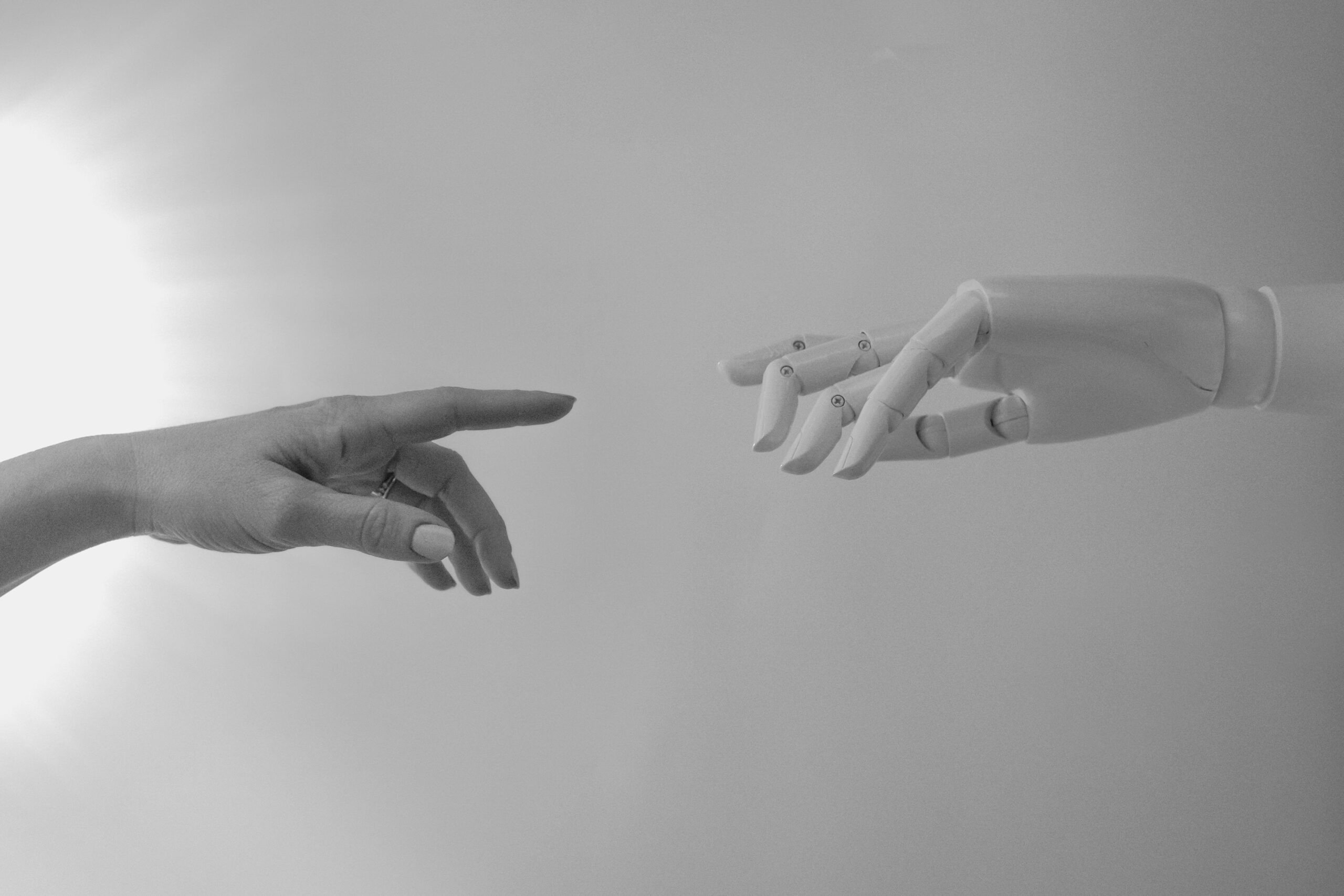 The Future Of Artificial Intelligence Vs Robots: How It Will Change Your Life

Human curiosity has become the reason for the invention of new technologies, which changed the future all at once. Even if you are not a tech enthusiast, you are always curious to know how technology will change your life in the coming years. If you are a tech freak or have slight interest in technology shaping the human future; you must be aware of the buzzwords of this century Artificial Intelligence (AI) vs Robots.

A robot is a man-made device using mechanics to perform human-like activities without human interference. Scientists have designed robots that can function upon receiving commands while using its in-built memory. We present here the basic functions that robots perform:

The main aim behind inventing robots was to lay off the workload off people. Through programming, robots can perform tasks such as moving, picking, packaging, perceiving, modifying objects. By this, robots can ease manpower from daily and repetitive tasks. To understand more about robots, let’s learn about the famous robots that made humans go crazy.

During 2016, Hanson Robotics based in Hong Kong invented a Sophia Robot. Sophia made her first public appearance in March 2016 in Texas. Ever since its first appearance before a public AI social robot, Sophia has become a global sensation. David Hanson, the inventor of Sophia Robot wanted to humanize robotics so he created it as a human prototype.

This robot can talk, sing, and have a real conversation with you. The inventor created more than 20 versions of Sophia, which made it more reliable and wiser as its name. This AI-driven robot has helped in various aspects, it has proven the ability to help headhunters select the right candidates. Sophia gained worldwide attention by touching their intellect and emotions.

As a tech-freak, you must be following the news of Tesla Bot, which is under developmental stage by Tesla Inc. Elon Musk. His company is ready to step into the robotics industry and claims, Tesla Bot will take over all the boring and pitiful tasks that humans do. But when will this conceptual robot come into realization? Will it be successful? Well, there are so many concerns about the human future involved. Let’s hope for less compromised human intelligence when it comes into existence.

What does it ring to you when you hear about AI robots? We have been reading sci-fi novels and watching movies where the artificial intelligence and robotics industry have been glorified. I am sure these stories at one point worried you about the impact of artificial intelligence and robotics in shaping the human future. Well, as we head towards the future where these concepts became real.

We apparently live in the present where artificial intelligence robots or AI robots have become common innovations. Artificially intelligent robots are those robots where AI is embedded to robots for advanced performance. Let’s present you with a few examples of AI Robots.

Artificial Intelligence vs humans: A Comparison

There are few industries that are ready to change the world as we know it. Artificial intelligence is on top of that list. AI has started to dominate every aspect of our life. It has revolutionized how we lead our lives and most of us do not even know it, and it is not going to slow down anytime soon! But, as it progresses experts also think why has AI become so crucial to us? Why do we need AI? More importantly, does human intelligence come in conflict with AI?

Human intelligence is nature’s gift to human beings. This quality helps humans in learning, understanding, and solving problems. However, with the help of AI, tech experts create applications like bots, humanoids, and robots that work exactly like human beings. These AI-driven applications execute faster, have higher functional capacity and accuracy.

Contrarily, human intelligence aids versatile learning and experience. It doesn’t generally rely upon pre-fed information like the ones needed for AI. Human memory contains registering power, and the human body as an element may appear to be insignificantly contrasted with the machine’s equipment and programming foundation. Notwithstanding, the depth and layers present in our brain are far more unpredictable and complex, that machines actually can’t pound with at least not sooner rather than later.

Let’s draw a little comparison for you of artificial intelligence vs. humans. Following are the basic points:

Which Is Better AI or Robotics?

Artificial intelligence vs robots? Do they have a future together? Presently, are they capable of working individually? Well, these are questions, which will change the human future once found out.

AI Robots are more intelligent and can learn from prior knowledge and experience. On one side, the use of AI in healthcare robots enabled us to better diagnose the decrease in early stages such as cancers. However, on the other side the companies have built military robots to use during wars for destruction.

The Role Of Artificial Intelligence in Robots

Despite the obvious differences of AI and Robots, both can coexist. Scientists using AI in robotics may be in the minority, but such designs are progressing to be more common in future as AI systems become more subtle. It is important for you to understand that AI in robotics not only helps to learn the model to perform certain tasks but also creates machines that act intelligently in different frameworks.

AI in robotics can make machines more efficient with self-learning ability to recognize new objects. However, currently, various industries are using robotics to perform different actions to obtain desired results at higher efficiency, and better than humans. Moreover AI helps robots to not only clutch information using environment-based sensors but also convert that information to an application if assigned a task. It also enables robots to store the information for futuristic purposes, perceive and learn from it.

Everything has its own ups and downs, if you think about military robots, it jeopardizes world peace and becomes a threat for human intelligence. Neither of the two are superior to the other. It is the optimal use that makes the difference.

Are AI and Robots Same?

Clearly, AI and Robots are not the same. Robotics’ history goes way back in time. But Artificial intelligence has helped in making robots more advanced and humanoid in several aspects. One of the main advantages of Artificial Intelligence is its significance in reduction of errors and increased accuracy and precision. AI helps taking decisions in every step through previously gathered information along with a certain set of algorithms. When programmed properly, we can reduce these errors completely. 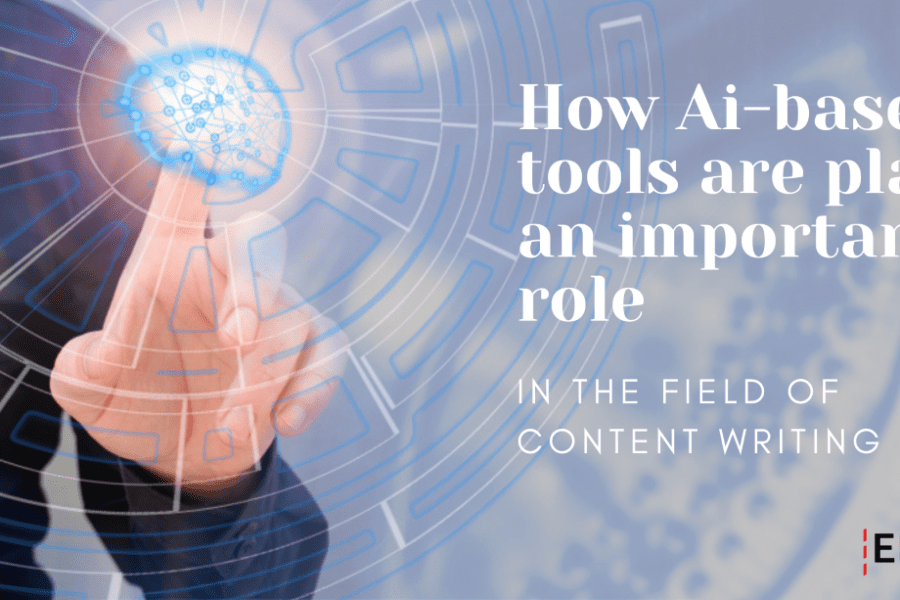 How Ai-based tools are playing an important role in the field of content writing? 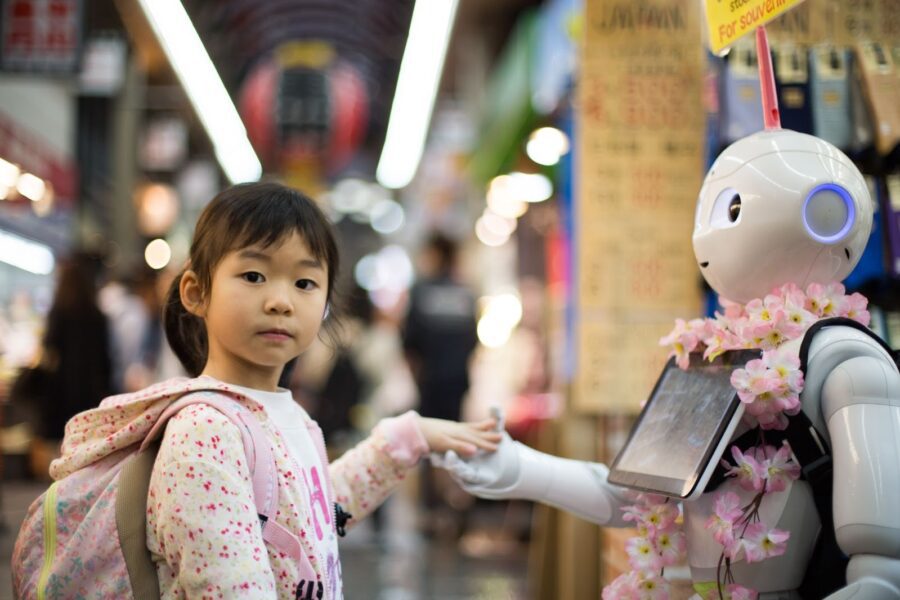